Welcome to Our Community

Want to join the S3RL fan community? It's free, sign up today <3

As our site grows keeping this community safe is a greater priority, for that reason we have some of our legal notices changing around the site.

If you agree to these changes no need to do anything as any updates will automatically come into effect. If you do not wish to accept the changes, please contact [email protected] to remove your account, after please refrain from using any aspect of djs3rl.com. 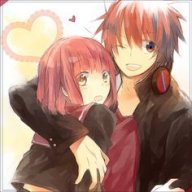